A new replica of the most priceless Renaissance-era edition of Dante: the Dante Urbinate.

This extraordinary work brings together in one harmonious whole, the apex of medieval culture, in the Divine Comedy, the Renaissance art of minutely illuminated manuscript of the first two cantos and the seventeenth-century style of the Paradiso.

The most beautiful edition of the Divine Comedy ever produced.

Known as the “Dante Urbinate”, the finest and most richly illustrated copy of Dante’s Divine Comedy ever produced, was made especially for the library of Federico da Montefeltro. It is an expression of the splendor and magnificence of the Duke. The manuscript is a masterpiece written on very fine parchment with the most extraordinary miniature illustrations.

The Codex was commissioned of two men, Matteo de’ Contugi, a famous copyist who had worked for the Gonzaga and the Este, and Guglielmo Giraldi, miniaturist of the school of Ferrara, who collaborated with Franco dei Russi. Giraldi and Russi worked on the miniature illuinations of the Inferno and Purgatorio between 1478 and 1482, the year of the Duke’s death, when the work was interrupted. It began again in the early seventeenth century, when Francesco Maria II della Rovere, the last Duke of Urbino, had the illustrations completed by Valerio Mariani. 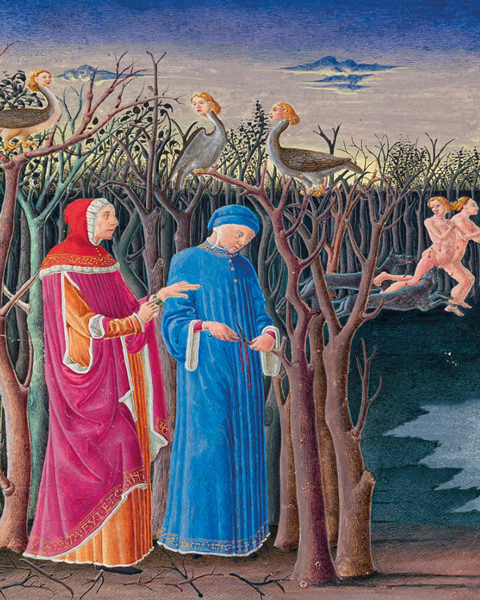 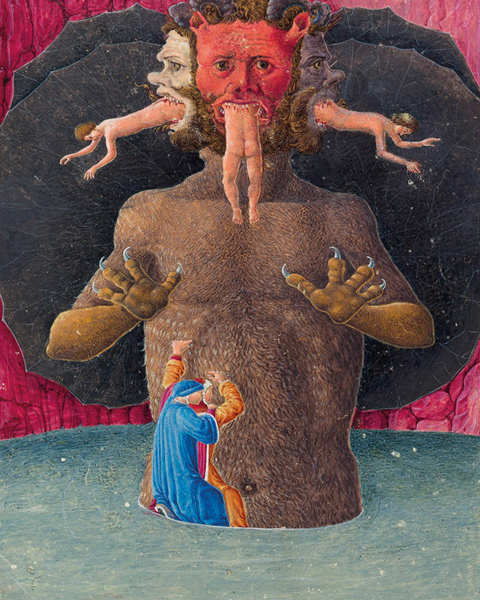 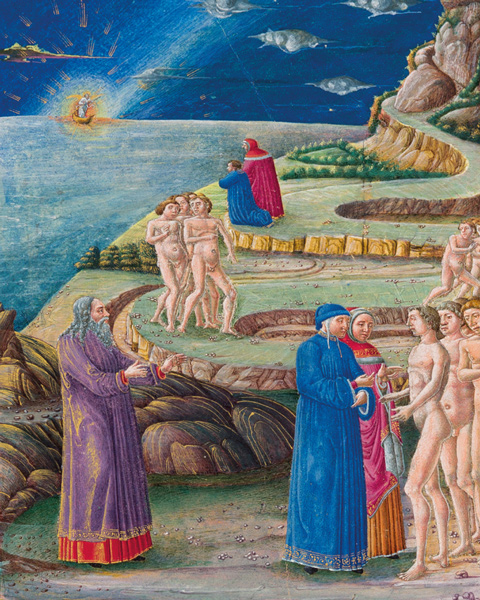 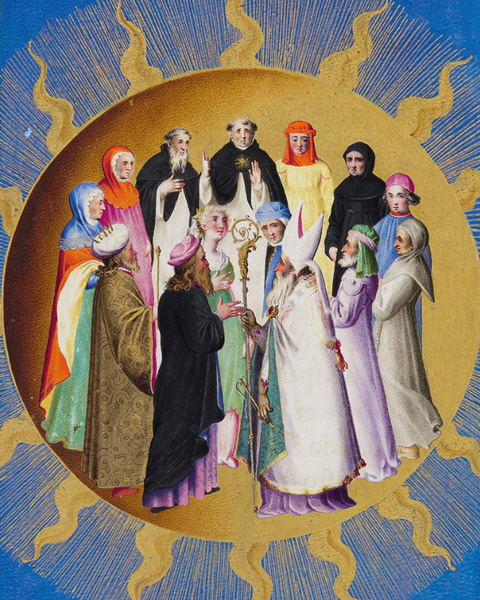 From the Codex to the facsimile

As with all facsimile editions published by Franco Cosimo Panini, the Federico da Montefeltro edition of the Divine Comedy faithfully and completely reproduces every characteristic of the manuscript in a limited press run of only 590 copies. Its faithfulness to the original is evident in every detail, from the vivid colors to the gilded illustrations either in gold leaf or in shell gold, both of which are present in the book. The task of binding has been given to expert artisan workshops that use the same techniques that were used in the late fifteenth century. It took the work of a team of experts – bookbinders, silversmiths, goldsmiths and engravers – to give new life to a beloved and priceless Renaissance illuminated manuscript.

Complete reproduction of the Codex Ms. Urbinate latino 365 in the Apostolic Vatican Library. Limited print run of 590 copies of which only 550 are destined for sale, with 40 copies not for sale, numbered in Roman numerals, reserved for the Biblioteca Apostolica Vaticana and for the publisher.

Binding that changed over the centuries

When Federico died in 1482, the Codex, still incomplete, was not yet bound together and it remained that way until Francesco Maria II della Rovere had the first binding done, in yellow brocade. It was Pope Clement XI (Giovanni Francesco Albani) who had the current binding done in the Vatican, at the beginning of the eighteenth century, in red velvet, with Baroque decorations in gilded metal. These include the haraldic Papal crest, the crossed keys, the tiara at the center, an eight-pointed star, and the three peaks, symbol of the Albani family, in the corners.

The Duke of Montefeltro. 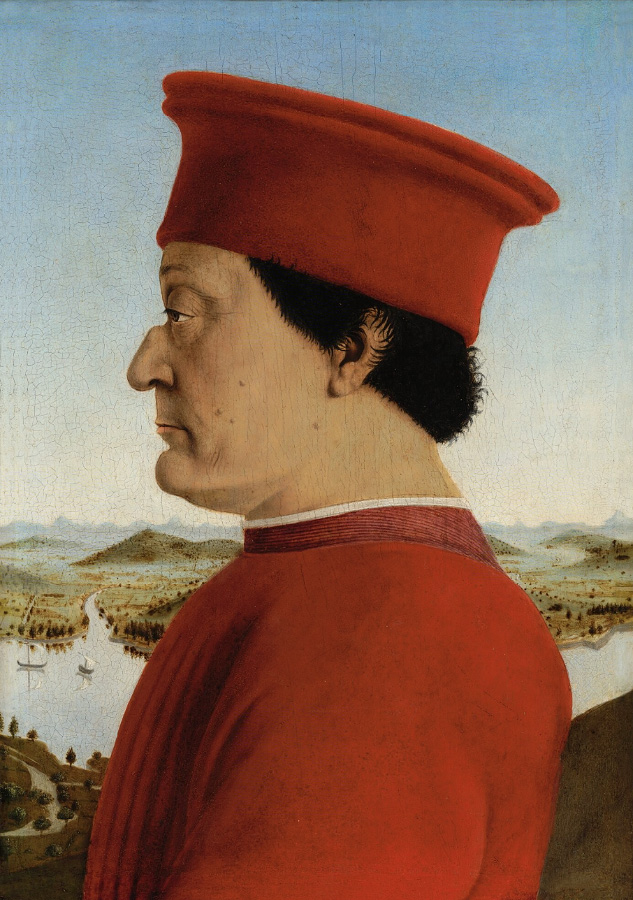 A patron of refined taste and an extraordinary protagonist of the Renaissance.

Born in 1422 and taking power as Duke in 1444, Federico da Montefeltro became one of the most brilliant statesmen and military commanders of his era. A man of war but also a man of culture, he was a great patron of the arts. He financed not only the production of important manuscripts, but also paintings, including the works of Piero della Francesca such as the Montefeltro Altarpiece and the Portraits of the Duke and Duchess of Urbino. Federico’s library, the very heart of the Palazzo Ducale, was famous throughout Europe for its deep and rich collection.

The Dante Urbinate belongs to the collection entitled The Impossible Library, “La Biblioteca Impossibile,” the most authoritative and valuable collection of facsimiles of Renaissance books. This project, unique for its scope and scientific standards, was launched in 1995 by the Bibbia di Borso d’Este and continued each year with reproductions of masterpieces of medieval illuminated manuscripts, such as the monumental Bible of Federico da Montefeltro, the little Torriani Book of Hours, the sumptuous Farnese Lezionario and the very famous Très Riches Heures of Jean, Duke of Berry.

To request further information or if you are interested in acquiring a copy of The Divine Comedy of Federico da Montefeltro, or any of the other titles in the Impossible Library, please contact us using the form below.